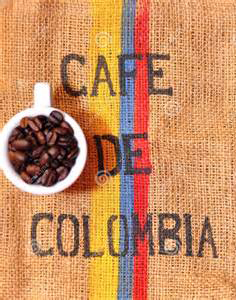 Colombian coffee is often regarded as some of the highest quality coffee in the world. Colombia has traditionally grown Arabica beans and its unique geography makes it perfectly suited for producing a delicious, high quality brew. Colombia’s excellent growing conditions have paired with an aggressive marketing campaign by the National Federation of Coffee Growers (FNC), which has worked since the late 1950’s to bring Colombia’s coffee sector to the forefront of international attention. Colombia has traditionally been second in global coffee production only to Brazil, but has been set back to third by Vietnam’s recent market entry and rapidly expanding production of robusta coffees. Over 500,000 farms, most of them small landholdings of 5 hectares or less are scattered across the zonas cafeteras, some of the most biologically diverse landscapes in the world.

Colombia is bisected by the Andes Mountains which splits into three parallel cordilleras (mountain ranges) as they run south to north. Much of the nation’s coffee is grown in this area. The small nation, about three times the size of Montana contains two of South America’s five “biodiversity hotspots”5. The Tumbes-Choco hotspot occupies all of Colombia’s coast, while the Tropical Andes hotspot covers nearly all its mountain ranges. In fact, Conservation International calls the Colombian Andes the “richest and most diverse region on earth,” noting that the whole of the tropical Andes chain contains one sixth of the world’s plant species in only one percent of its land area.

No one knows exactly when coffee arrived in what is now Colombia. Some think the bean came with Jesuit priests in the seventeenth century, but the first shipment of coffee overseas wasn’t until 1835, when 2500 pounds of coffee headed from Colombia to the United States. In pre and post-independence times, most export agriculture was done on large-scale latifundos controlled by elites. By 1860, coffee had emerged as the dominant export crop, and shortly thereafter, tariffs on coffee exports had become the main source of government revenues. Land reform in the 1930’s did some to relieve the inequality in land ownership, but by 1980, 10% of farms, including ranches, managed 80% of arable land. This chronic inequality has not been as prevalent in the coffee sector, and the nation has shown a strong trend towards small fincas in the last 30 years.

The National Federation of Coffee Growers, an industry association which represents the nation’s coffee producers has been responsible for creating a name for Colombian coffee with their well-known spokesman, the fictional, charismatic Juan Valdez. The FNC guarantees purchase of green coffee, but farmers are under no obligation to sell to them.

Colombia has 38 cooperatives independent of the FNC, nineteen of which are certified fair trade by the Fair Trade Labeling Organization.  The FNC reports that the vast majority of the nation’s coffee is grown under shade with 1.4 million hectares under canopy and only 717,000 hectares grown in full sun.

Deforestation as well as soil and water contamination from overuse of pesticide are among two of the most grievous environmental problems facing the country. Soil erosion has become a significant problem for some conventional farmers as well. Sustainable coffee production holds great promise in addressing these issues, and has the potential to protect species that occur nowhere else in the world.

The Coffee Crisis and Colombia’s Future

The global coffee crisis hit Colombia’s small producers hard. Twenty-three percent of producers were not meeting production costs in the nineteen nineties. The affect on producer families varied by region, but overall the crisis sent people further into poverty and debt. Malnutrition among small children in farm families went up significantly, while coffee production across the country fell 44% as farmers could no longer afford to harvest and process their crops. Many farmers were forced to migrate for work in urban areas leading to increased unemployment and more poverty11.

With the rise in global coffee prices, Colombia’s economy has picked up overall, and things are beginning to look better for farm families. Colombia has the potential use its rich biodiversity to gain a premium on its shade-grown coffee and simultaneously protect the ecology and improve livelihoods for its producer families. The history of control over agriculture by elites and large organizations, the threat leveled at both human and ecological communities through the U.S. led war on drugs, and continued political violence remain a real challenge to creating a most just and sustainable agricultural system. 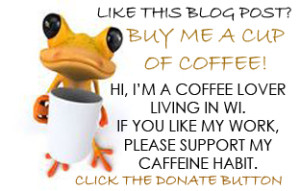 One thought on “History Of Colombian Coffee”