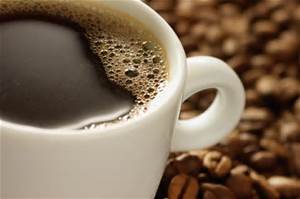 A few random facts about Coffee 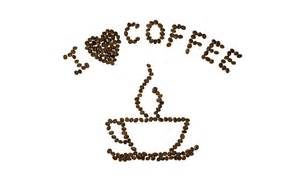 1. Coffee was first known in Europe as Arabian Wine.

2. The Arabs are generally believed to be the first to brew coffee.

3. Milk as an additive to coffee became popular in the 1680’s, when a French physician recommended that cafe au lait be used for medicinal purposes.

4. The first Parisian cafe opened in 1689 to serve coffee.

7. The heavy tea tax imposed on the colonies in 1773, which caused the “Boston Tea Party,” resulted in America switching from tea to coffee. Drinking coffee was an expression of freedom.

8. The founding fathers of the U.S., during the revolution, formed their national strategies in coffeehouses.

9. In early America, coffee was usually taken between meals and after dinner.

10. In the year 1790, there were two firsts in the United States; the first wholesale coffee roasting company, and the first newspaper advertisement featuring coffee.

11. The prototype of the first espresso machine was created in France in 1822.

12. By 1850, the manual coffee grinder found its way to most upper middle class kitchens of the U.S.

13. The Civil War in the United States elevated the popularity of coffee to new heights. Soldiers went to war with coffee beans as a primary ration.

14. In 1900, coffee was often delivered door-to-door in the United States, by horse-pulled wagons.

15. The first commercial espresso machine was manufactured in Italy in 1906.

16. In Italy, coffee and espresso are synonymous.

17. The average age of an Italian barista is 48 years old. A barista is a respected job title in Italy.

18. Italians do not drink espresso during meals. It is considered to be a separate event and is given its own time.

19. In Italy, espresso is considered so essential to daily life that the price is regulated by the government.

21. In Greece and Turkey, the oldest person is most always served their coffee first.

22. In the ancient Arab world, coffee became such a staple in family life that one of the causes allowed by law for marital separation was a husband’s refusal to produce coffee for his wife.

23. Raw coffee beans, soaked in water and spices, are chewed like candy in many parts of Africa.

24. In the last three centuries, 90% of all people living in the Western world have switched from tea to coffee.

25. Coffee represents 75% of all the caffeine consumed in the United States.

26. Those British are sophisticated people, in almost everything except their choice of coffee. They still drink instant ten-to-one over fresh brewed.

27. Japan ranks Number 3 in the world for coffee consumption.

29. Over 10,000 coffee cafes plus several thousand vending machines with both hot and cold coffee serve the needs of Tokyo alone.

30. For reducing wrinkles and improving their skin, the Japanese have been known to bathe in coffee grounds fermented with pineapple pulp.

31. The world can be divided into nations of coffee drinkers and nations of tea drinkers.

32. The average annual coffee consumption of the American adult is 26.7 gallons, or over 400 cups.

33. In 1990, over 4 billion dollars of coffee was imported into the United States.

34. Coffee is the most popular beverage worldwide with over 400 billion cups consumed each year.

35. Coffee, as a world commodity, is second only to oil.

36. Only about 20% of harvested coffee beans are considered to be a premium bean of the highest quality.

37. The Arabica is the original coffee plant. It still grows wild in Ethiopia.

38. The 2,000 Arabica coffee cherries it takes to make a roasted pound of coffee are normally picked by hand as they ripen. Since each cherry contains two beans, it takes about 4,000 Arabica beans to make a pound of roasted coffee.

39. Coffee sacks are usually made of hemp and weigh approximately 132 pounds when they are full of green coffee beans. It takes over 600,000 beans to fill a coffee sack.

40. Until the late 1800’s, people roasted their coffee at home. Popcorn poppers and stove-top frying pans were favored.